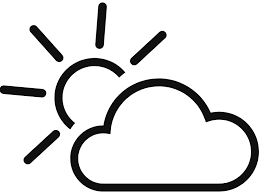 Peter wrote the book of 2 Peter to counter the influence of certain false teachers, who taught Christians to behave immorally. They supported this call for a permissive lifestyle by denying that Jesus would ever return in glory.

After excoriating the false teachers’ positions, Peter provides a positive glimpse of the return of Jesus.

The day of the Lord will come like a thief, in which the heavens will pass away with a roar and the elements will be destroyed with intense heat, and the earth and its works will be burned up (2 Peter 3:10, NASB).

Peter taps into a common New Testament image, that Jesus’ return will be “like a thief” (Matthew 24:42-44, 1 Thessalonians 5:2, Revelation 3:3). It will be sudden and unexpected. There won’t be any additional warning signs—the Sun won’t slow down for a week, the animals won’t run for high ground. There won’t be a slow reveal—CNN won’t be reporting from Jerusalem as Jesus gradually makes His way from house to house. Don’t let the day of the Lord catch you off guard!

What will happen on this day? First, “the heavens will pass away with a roar.” The word ouranoi in contexts of creation usually means the skies, and sometimes the vault of space, where the sun and moon and stars are. Peter says that this part of the created world will pass away “with a roar.” This word rhoizedon is found in the Bible only here; it is an onomatopoetic word used outside the Bible to evoke terrifying images: loud crashes of thunder, the crackle of flames, the whizzing by of an arrow, the roaring of waves, the hissing of a serpent.

Second, “the elements will be destroyed with intense heat.” The word stoicheia has a broad range of meanings, from constituent parts, to rudimentary rules (Colossians 2:8), or even to organizational principles and spiritual forces. Peter is probably focusing on the first meaning here, the elements that make up the physical world. The ancients often thought of fire, water, earth, and air; we think of atoms and molecules. The phrase “with intense heat,” is actually a verb, kausoumena, which means “to set on fire” or “burn with great heat.” Many passages in both Old and New Testaments associate the day of the Lord with fire (Genesis 19:28, Deuteronomy 32:22, Isaiah 34:4, 66:15-16, Zephaniah 1:18, Malachi 4:1, Mark 9:44, 2 Thessalonians 1:6-10, Hebrews 10:27). In this case, it’s not just that God’s angels come ensheathed in holy fire, or that sinners will suffer the scorching of fire. When this fire comes, the very elements of the created world will “be destroyed.” This word luthesetai comes from a root which means “to loosen,” which is why KJV translates it “melt,” and ESV “be dissolved.”

Third, “the earth and its works will be burned up.” Earth is paired with the heavens as the realm of creation (Genesis 1:1, Matthew 5:18, etc); gee can include the soil, the ground, a region of inhabited earth, or the whole terrestrial ball. Peter adds “and its works,” which reminds us that the world of mankind, the deeds and accomplishments and buildings, are all destined to be burned up.

Now, you may notice alternatives to “burned up.” The NASB has a marginal note which substitutes “discovered”; ESV reads “exposed” and NIV “laid bare.” This isn’t a translation issue, it’s a manuscript difference. For decades, most translators have preferred the “burned up” (katakaesetai) reading, which is easiest to mesh with the verse (cf. Isaiah 26:14, Matthew 3:12, 13:30). But recent scholars prefer the “exposed” (eurethesetai) reading. I won’t bore you with too many nuts and bolts, but “exposed” is the older reading with better textual support. It is possible that the word “burned up” crept in over time to fix the word “exposed,” which is tricky to interpret. If indeed eurethesetai is the original word, Peter might mean the earth and its works will be “found” in a judicial sense, like “found wanting.” Compare 1 Corinthians 4:5, He will “bring to light the things hidden in the darkness and disclose the motives of men’s hearts.”

So, while there may be a few unknowns, let the amazing sights and sounds of this day capture your imagination. A day is coming soon, when Jesus will return in flaming fire, welcomed by His followers, feared by His enemies! The elements will come apart, the present heavens and earth will be “rolled up” like an old cloak (Hebrews 1:10-12) and pass away, to be replaced by a new heavens and earth.

This glorious, majestic, terrifying day needs to be a vivid part of our hope, because so many ethical considerations are built upon it. Peter continues,

Since all these things are to be destroyed in this way, what sort of people ought you to be in holy conduct and godliness, looking for and hastening the coming of the day of God, because of which the heavens will be destroyed by burning, and the elements will melt with intense heat! But according to His promise we are looking for new heavens and a new earth, in which righteousness dwells (2 Peter 3:11-13).