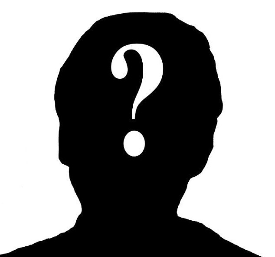 Paul, in his closing comments to the saints at Colossae, said:

Epaphras, who is one of your number, a bondslave of Jesus Christ, sends you his greetings, always laboring earnestly for you in his prayers, that you may stand perfect and fully assured in all the will of God. For I testify of him that he has a deep concern for you and for those who are in Laodicea and Hierapolis (Colossians 4:12-13).

It seems Paul never actually visited Colossae, or the two nearby towns of Hierapolis and Laodicea. Paul didn’t make it that far west on his first journey, he skirted the area on his second (Acts 16:6), and though he was in the vicinity on his third (Acts 18:23, 19:1), Luke describes only his time in Ephesus. When Paul writes the letter to Colossae, he mentions “all those who have not personally seen my face” (Colossians 2:1).

If Paul didn’t plant the gospel seed, who did? Paul mentions that the gospel came to Colossae “from Epaphras … [who] also informed us of your love in the Spirit” (Colossians 1:3-8). Perhaps Epaphras was a resident of the area who heard the gospel from Paul and brought it back to his hometown. Paul considered him “one of your number” (4:12). In any case, the people of the congregation had an affectionate place in Epaphras’s heart. He was unable to come to them, busy ministering to Paul in his imprisonment, while Tychicus and Onesimus were chosen to bear Paul’s letter to Colossae (4:7-9). Perhaps, since Paul refers to Epaphras as a “fellow prisoner” (Philemon 23), he shared actual captivity with Paul.

Whatever the exact nature of Epaphras’s relationship to the Christians in Colossae, Laodicea, and Hierapolis, he didn’t let distance prevent him from working. His “deep concern” motivated him to be “always laboring earnestly for you in his prayers.”

The phrase “laboring earnestly” translates the Greek verb agonizomai. Various Greek dictionaries define it “to strive, to contend for a prize, straining every nerve to obtain the object.” The word is used of athletic contests (1 Corinthians 9:25). Metaphorically, it suggests putting all the self-discipline and energetic effort of an athlete into a spiritual pursuit, exerting every muscle toward the finish line or final bell. It’s the word Paul uses to describe his own efforts to teach the gospel (Colossians 1:29). It’s the word Paul uses to spur on Timothy to “fight the good fight” (1 Timothy 6:12).

We often take a lackadaisical approach to prayer. Epaphras was not just off-handedly mentioning the Colossians at mealtimes. Instead, we might imagine Epaphras diligently and frequently praying for the Colossians, daily without fail, not for a minute but for an hour, with specific concerns in his mind and specific names on his lips. Not just for the usual healing of the sick, but for maturity and assurance in “all the will of God”—for greater faith through teaching, for greater love through service, for greater numbers through evangelism, for steadfastness in persecution, for peace and harmony in the family of God. We might imagine Epaphras following a written prayer plan, with all the fortitude of a dieter keeping track of his meals, or an athlete preparing for a wrestling match.

Brothers and sisters who are looking for something to do: strive in prayer! You can be hundreds of miles away, but Jesus proved that one doesn’t need to be present to pray (Luke 7:2-10). You can be handicapped, without access to a car, too poor to contribute money, but you can still labor earnestly in prayer. “The effective prayer of a righteous man can accomplish much” (James 5:16). Our hands are never tied when we can lift them up in prayer.

Prayer should be an essential part of any spiritual endeavor. If the church plans to have a gospel meeting, hand out flyers, schedule your attendance, but also pray! If the church decides to support a new evangelist, read his reports, contribute money toward his expenses, but also pray! If a sister is in surgery, visit her in the hospital, take a meal to her family, but also pray! You may not be the speaker or the missionary or the surgeon, but prayer is vital to secure the blessings of God. “Unless the Lord builds the house, they labor in vain who build it” (Psalm 127:1). Tangible work is pointless without behind-the-scenes labor in prayer.

Prayer is not an empty promise. When you say, “I’ll be praying for you,” follow up! Those prayers provide real results! Perhaps whole assemblies should be devoted to prayer, certainly at important moments, such as when appointing elders (Acts 14:23), or when a member is facing major treatment, but even as a regular part of worship.