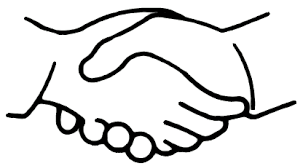 Be kind to one another, tender-hearted, forgiving each other, just as God in Christ also has forgiven you (Eph. 4:32).

Extending kind forgiveness to others is essential to our own salvation. The prayer, “forgive us our debts,” is based on our preliminary attitude, “as we also have forgiven our debtors” (Matt. 6:12).

Friction and disappointment are inevitable when people live in close proximity. We tend to remember the times people sin against us, and forget the times we sin against others. We need forgiveness as much as we grant it. Ultimately, forgiveness is essential to accomplishing anything as a team, whether in a workplace, a family, or a church.

History and literature are full of examples of small slights, real and imagined, that ruined relationships. In Gabriel Garcia Marquez’s Love in the Time of Cholera, a husband and wife sleep apart for seven months over a misplaced bar of soap. In Mary Karr’s The Liar’s Club, a husband refuses to speak to his wife for forty years, actually moving half of the house to a distant corner of the property, over the price of sugar. Think what could these couples have enjoyed and accomplished together, if they had only put aside the soap and sugar incidents.

There is a deeper challenge in Ephesians 4:32 that goes overlooked. We tend to paraphrase Paul’s words as, “be sweet, most of the time, unless the other person does something awful.” But Paul commands that we forgive each other, “just as God in Christ also has forgiven you.” How exactly did God forgive me in Christ?

Occasionally I run across a story like this: According to the AP, in Kansas on Feb. 22, 2000, Christy Robel left her Chevy running while she entered a sandwich shop. A man named Jim Davis began to steal her vehicle. Christy ran outside and yanked open the rear door, for her six-year-old son Jake was in the backseat. The boy got tangled in the seat belt, and Christy was unable to get him out before Davis sped off. The boy was dragged to death while Davis sped down I-70.

Somehow, Robel managed to forgive Davis. Now, she attended the trial, and testified to prove that Davis knew what he was doing. But in a press interview after he was convicted sentenced to life in prison, she stated “I forgive Mr. Davis for Jake’s death. I know my son, I know my family, and I know my beliefs. I came to that decision some time ago. If he ever apologized, I would accept it.”

I’m not sure I could do that. But I think that’s what God would have me to do. There is little equivalence between the sins for which God forgave me, and the sins I must forgive in others. Think of it this way—which would get you in bigger trouble, striking a fellow student, or striking the school principal? Now which would be worse, a big sin against man, or a small sin against God? The latter! Maybe that’s why James says, “be slow to anger, for the anger of man does not achieve the righteousness of God” (Jam. 1:19-20).

Jesus illustrates it with a parable in Matthew 18. A master forgave a servant for a gigantic financial debt; the servant immediately wrung the neck of a fellow servant for a comparatively tiny debt. Clearly, the debts God has forgiven us are far greater than the debts we have against others. We should find a way to forgive even huge trespasses.

Is there ever a maximum number for extending forgiveness? Peter asked that question of Jesus, and thought he was being generous when he volunteered seven times. Jesus said, “seventy times seven,” (Matt. 18:21-22) by which He really meant as often as necessary. While even God’s patience has its limits (Numb. 14:22), I know that I have asked Him to forgive me at least 365 times a year; so I can offer forgiveness to my brother at least one more time.

Forgiveness allows complete reconciliation. The sinful act is forgotten, so that the relationship may pick up right where it left off. It requires a gracious exercise of willpower to behave as if a sin never happened. Love “does not take into account a wrong suffered” (1 Cor. 13:5). That’s how God forgives. “I will remember their sins no more,” God says in Heb. 8:12.

Thus, when we forgive, it’s not fair to bring up the matter later as leverage, like: “You don’t think we can afford this expensive vacation? Have you forgotten the time when you…” Forgiveness relinquishes one’s claim to revenge and emotional blackmail.

This does not mean that forgivers allow themselves to be taken advantage of. We are not gullible in Christ. If you steal from me, I will forgive you, but I won’t allow you to hold my wallet right away! Even God mentions sins which He forgave, in order to help His people learn (2 Sam. 12:13 in 1 Kin. 15:5, and Num. 14:20 in Ps. 106:25). Furthermore, many sins have lingering physical consequences that outlast the guilt which is forgiven (2 Sam. 12:14).

God in Christ Took the First Step to Secure Forgiveness

Let us also remember that God so deeply desired reconciliation with His sinful children that He set in motion the plan of salvation “while we were yet sinners” (Rom. 5:8). If we are to forgive as God forgives, we will not stand with our hands on our hips, refusing to speak to the wrong-doer until he comes crawling back. But rather, even as the one wronged, to take steps, in selfless love, with the other person’s best interests in mind, to invite him back to reconciliation.

Many will testify that forgiving others allows them to get on with their own life, even if the sinner remains unrepentant. Research conducted by Robert Enright at the University of Wisconsin, Madison, reveals that holding a grudge leads to a host of measurable health problems (Milwaukee Journal Sentinel, Aug. 6, 2017). Extending forgiveness allows you to break the perpetrator’s ability to live in your head and control your life.