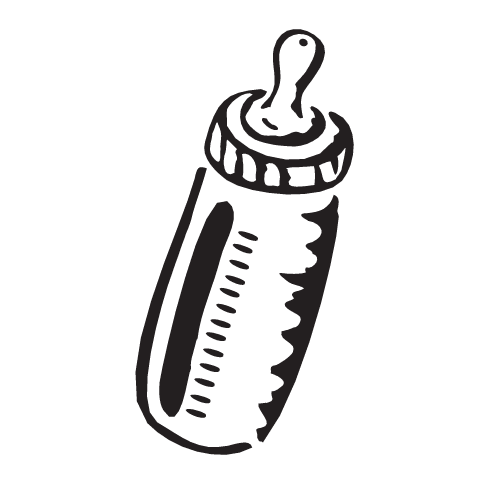 The very second a person becomes a Christian, a change occurs. His sins are washed away, he is added to the body of Christ, and his name is recorded in the Lamb’s book of life. The angels rejoice as he is rescued from Satan’s domain and translated into the kingdom of the Son.

But he’s not a mature Christian yet. A new Christian is described as a “babe in Christ,” which is not an insult. No one presses a steak knife into the little waving fists of a newborn and expects him to cut his own meat. Having babes in Christ is a joy and a blessing. It means that the church is growing!

Having babes in Christ is also a big responsibility. Too often, we see Christians who ought to be passing through the stages of maturity still acting like infants. It’s precious to see a newborn take a bottle; it would be disturbing to see a teenager taking a bottle. Thus, the church’s role in bringing babes in Christ to maturity is a serious matter. Our responsibility does not end at baptism; in a sense, it is just beginning. We are not only to “baptize them” but continue to “teach them all that I commanded you” (Matt. 28:18-20).

Here are four things that the Bible identifies as keys to helping babes in Christ become men and women in Christ.

“Like newborn babies, long for the pure milk of the word, so that by it you may grow in respect to salvation” (1 Peter 2:2-3).

Turning loose a new Christian into the world without the direction of the word of God is like turning loose a kid into the city without knowledge of traffic, roads, subways, laws, and open manhole covers. Preachers and elders must make it a priority to continue classes with new converts, grounding them in the word of God. Otherwise, the church’s backdoor will forever swing open.

Time magazine ran a 2014 cover story on preemies that proved, once again, that babies with no physical human contact fail to thrive despite all other measures. Now days, “cuddle care” is emphasized in neo-natal units as much as medication and nutrition.

Human contact is important for a new believer too. Gruff, duty-bound Christians might assert that a few sermons should be sufficient to affix a new believer to the pews. But that’s rarely the case. He has joined a family, not a school. He needs new relationships to replace the ones he lost with the world (Mark 10:29, Acts 4:32-35). He needs friendship, fellowship, and love. This is not to say that warm fuzzies will ever replace truth, but rare is the individual who will hang around to hear truth proclaimed if he feels waves of rejection or standoffishness from a church who will not make efforts to greet him, accept him, speak with him, eat with him, embrace him, or help him.

Patience is important, too. We must beware overly harsh judgments as a new believer learns the ways of Christ, cleans up his language, changes his clothes, improves his habits, and develops the fruit of the Spirit.

The Bible emphasizes the effects of worship as a faith-building experience, as the saints “stimulate … and encourage one another” in the assembly (Heb. 10:24-25), as truth and love are communicated through “psalms, hymns, and spiritual songs” (Col. 3:16). Worship is much more than yet another extra-curricular activity to be shoehorned into an already busy schedule. New members should be encouraged to prioritize worship, and shown how to worship.

Often, we seek to protect new converts from meaningful work in the body of Christ. We say, “Don’t contact her for the meal list, and don’t ask her to show up for a Saturday work day … she’s brand new!” But in fact, the sooner the believer can take off the bib and put on the apron, the sooner he will feel like a vital part of the body of Christ that he believes in so deeply (Rom. 12:6-8). Both Paul and Apollos were encouraged to use their talents immediately after joining (Acts 9:20, 18:27-28).

It is important for a congregation’s leadership to create a plan whereby new converts are encouraged to discover and use their talents, whereby they are approached to get involved. Obviously, teaching a class or leading prayer aren’t likely to be the first jobs. But there are many other things he may be entrusted with right off the bat.