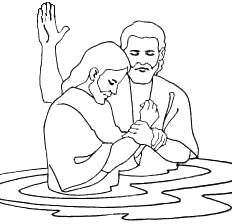 It happened that while Apollos was at Corinth, Paul passed through the upper country and came to Ephesus, and found some disciples. He said to them, “Did you receive the Holy Spirit when you believed?” And they said to him, “No, we have not even heard whether there is a Holy Spirit.” And he said, “Into what then were you baptized?” And they said, “Into John’s baptism.” Paul said, “John baptized with the baptism of repentance, telling the people to believe in Him who was coming after him, that is, in Jesus.” When they heard this, they were baptized in the name of the Lord Jesus. And when Paul had laid his hands upon them, the Holy Spirit came on them, and they began speaking with tongues and prophesying. There were in all about twelve men.

Paul offered to strengthen these disciples by granting them the gifts of the Holy Spirit by the laying on of his hands (Acts 8:14–19, Rom. 1:11). But the men gave an unexpected response to his question—they hadn’t heard of the Holy Spirit! That was, as we say, a red flag. Paul quizzed them further, and discovered that they had been baptized into John’s baptism. Paul found this inadequate.

It seems obvious how these disciples got bad information regarding baptism. In the previous passage, in Acts 18:24-27,

A Jew named Apollos … came to Ephesus… This man had been instructed in the way of the Lord; and being fervent in spirit, he was speaking and teaching accurately the things concerning Jesus, being acquainted only with the baptism of John; and he began to speak out boldly in the synagogue. But when Priscilla and Aquila heard him, they took him aside and explained to him the way of God more accurately…

These disciples had learned of Jesus through the teaching of Apollos, who had only known of John’s baptism. When Priscilla and Aquila bumped into Apollos, they corrected his teaching. And when Paul bumped into these twelve men who had been taught by Apollos, he corrected their baptism. Paul required them to be baptized in the name of Jesus.

Now, this does not indicate the ineffectiveness of John’s baptism, at least not during John’s ministry. During the course of John’s ministry, John’s baptism signified true repentance, forgave sins (Luke 3:3), and aligned one with the kingdom of God in anticipation of Christ. However, when Jesus shed His blood and was resurrected, John’s baptism was no longer relevant or effective. The problem in Ephesus in Acts 19, therefore, was that Apollos was still teaching the baptism of John (who had died almost 30 years before) after the baptism of Christ had been established (Matt. 28:18-20).

But, this does indicate something meaningful about baptism today. The baptism of John and baptism into Christ share many similarities. If you were watching them happen from beyond earshot, you could not tell them apart. They have the same form (immersion) they have the same medium (into water) and they are performed on the same subject (repentant believers). They differ in only one thing—purpose. New Testament baptism was “in the name of Jesus Christ for the forgiveness of your sins” (Acts 2:38). Yet, Paul did not shrug his shoulders and figure that three out of four was close enough. Though their baptism differed in the most intangible way, in purpose, Paul required them to be baptized into Christ.

By way of review, the features of baptism into Christ are:

Sadly, there are nearly as many different baptisms proclaimed today as there are religious denominations. One may have been “baptized” as a baby, in an absence of belief and repentance. Or sprinkled with water rather than immersed. Or baptized into a different medium than water, such as the Holy Spirit (which is described in the Bible, but is a totally different phenomenon). Or baptized into a particular congregation or denomination rather than into the body of Christ (1 Cor. 12:13). Or baptized for some other reason than the forgiveness of his sins, such as because his sins had already been forgiven earlier (which is not the purpose of baptism, and wrecks the imagery of Romans 6:3-7).

If so, he should seriously consider being correctly baptized, as Paul instructed these twelve disciples to do. Since “baptism now saves you” (1 Peter 3:21) it is important to make sure all things concerning baptism are scriptural.

By the way, I would not call this rebaptism—strictly speaking I doubt such a thing actually exists. In the dispensation of Christ, there is “one baptism” (Eph. 4:5) which serves to place one into the body of Christ. A person is either baptized, or engages in something else, and needs to be baptized the first time—to be immersed in water in the name of Jesus Christ for the forgiveness of sins.                                            —John Guzzetta