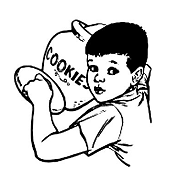 Leave it to the preacher to make a simple concept seem complicated! Disobedience is to disobey God’s commandments, pure and simple, right? That’s true, but there are nuances to disobedience, and we might actually learn something by investigating them.

This is the first thing we think of. When we hear God’s command, and we shake our fist and reply, “No, I won’t!” it is clear-cut and stubborn disobedience. Maybe we think we know what is good for ourselves better than our Heavenly Father does. Maybe we are mad at God and we are in outright rebellion against Him.

Jonah is a good example. When God said to him, “Arise, go to Nineveh the great city and cry against it,” Jonah boarded a ship and went the opposite direction. Thankfully, God showed His power and taught Jonah a valuable lesson about second-guessing God’s commandments.

To Disobey in Ignorance

Sometimes we don’t mean to be rebellious. We simply have never heard or read God’s commandments.

While ignorance is somehow less awful than rebellion, it will still cause a person to be lost. Not knowing the speed limit will not get you out of a ticket, and not knowing the tax code will not get you out of a penalty. The Laodiceans didn’t realize they were lost, but they were (Rev. 3:7). The Israelites were destroyed “for lack of knowledge” (Hosea 4:6). And many sinners the world over will be lost not because they rejected the truth, but because they never heard it (Rom. 10:14).

This is the excuse of kids everywhere, saying, for example, “I did do the dishes, just like you asked me to!” when there is a half-sinkful of dirty dishes yet remaining.

King Saul tried this same excuse. In 1 Samuel 15, God plainly told him to destroy the Amelekites and all they possessed. Saul mostly carried out the order, but he spared King Agag and the choicest spoils. When the prophet Samuel confronted him, Saul lamely offered, “I have carried out the command of the Lord!” (v. 13). Samuel replied, “What then is this bleating of the sheep in my ears?” The job wasn’t finished.

To Wait to Obey

It is said, “delayed obedience is disobedience.” I suppose there are a few cases, free of malice, when a person asked a few questions of God before complying, and gained a better appreciation of God’s purposes. But even with Moses, God got angry with his foot-dragging. He finally told him to quit stalling and get busy (Exo. 4:14)!

We’re not talking about zeal. It’s always good to say, “I’m going to do twice as much today in the service of the Lord than I did yesterday!”

We’re talking about doing something presumptuously, adding things to the faith and to God’s blueprint for the church—adding instruments to the worship, adding bake sales to the church’s treasury, etc. Perhaps it’s not as obvious as disobeying a direct command, but when God tells us specifically to do one thing (such as take up a freewill offering), He basically prohibits the other options (such as a church yard sale).

We all understand this. For example, when mom gives her son $10 and sends him to the store to get milk, she doesn’t have to say, “No,” to every other product on the shelves. She expects him to return with milk and change. She would be right to be upset if he returned with milk, Snickers, Pringles, and no change. “You shall not add to the word which I am commanding you, nor take away from it, that you may keep the commandments of the Lord your God which I command you” (Deut. 4:2, cf. Rev. 22:18, 2 John 9).

To Substitute Something Else

In 1 Kings 12, King Jeroboam decided to “improve” the worship God had ordained in Jerusalem. He set up new temples in Bethel and Dan, made priests from tribes other than Levi, and instituted a feast on the fifteenth day of the eighth month, “even the month which he had devised in his own heart” (25–33). God became extremely angry!